Local administrations count money flows much like companies do. They usually get their income from taxes and spend money on the salaries of civil servants, like teachers, police officers, on the things they need to provide public services (buses for public transport), and on companies that carry out some of the work (a construction company that builds a highway). 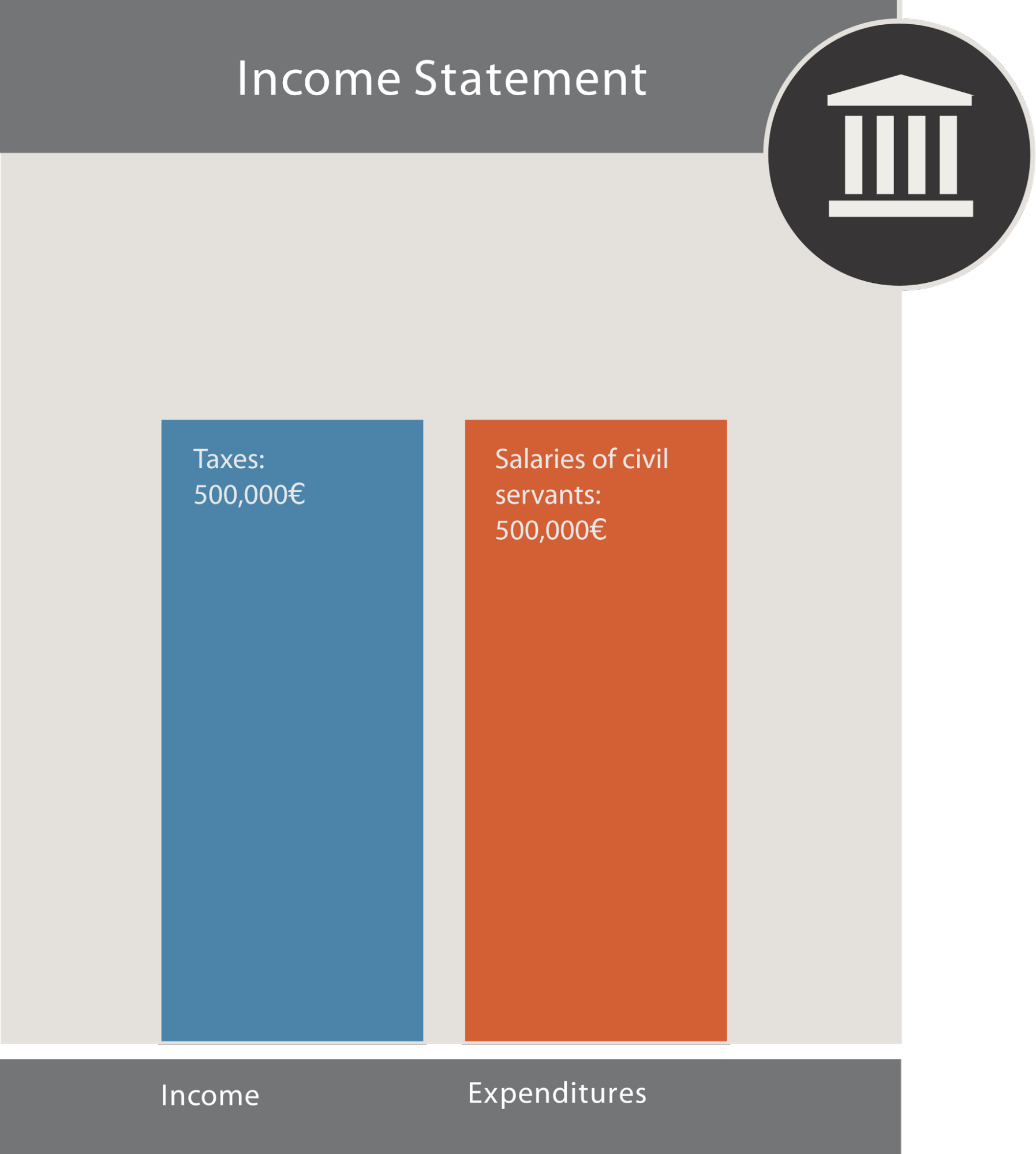 There are many things that local administrations must provide no matter what, such as education, transport, policing etc. Citizens, for their part, must pay taxes. To represent this continuous cycle, public budgets use the terms “operating income” and “operating expenditures” (sometimes, “revenue” is used instead of “operating”).

Local administrations also have to build swimming pools and schools. These are called “investment expenditures” (sometimes “capital expenditures”). This can be financed by the surplus from the operations. 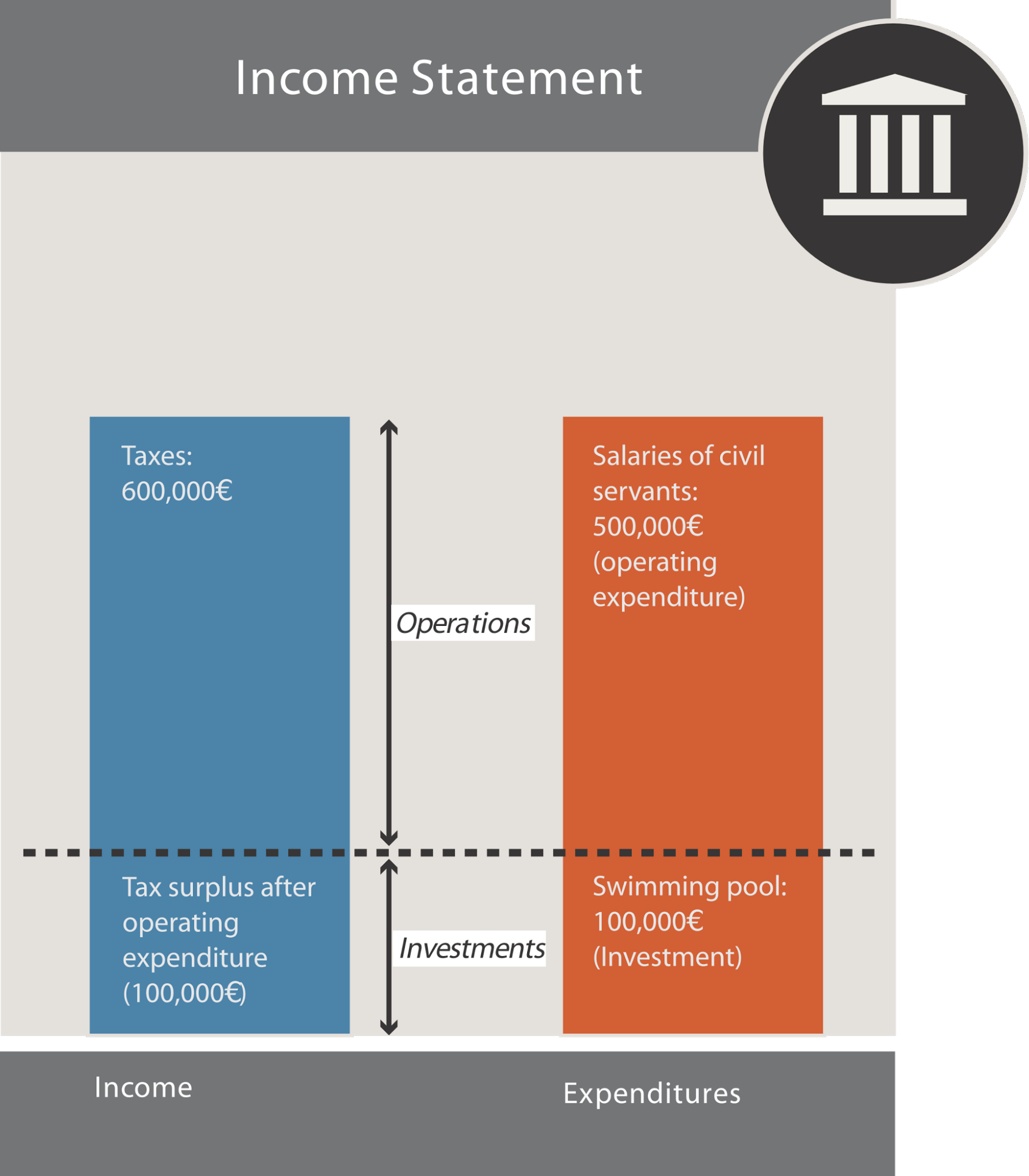 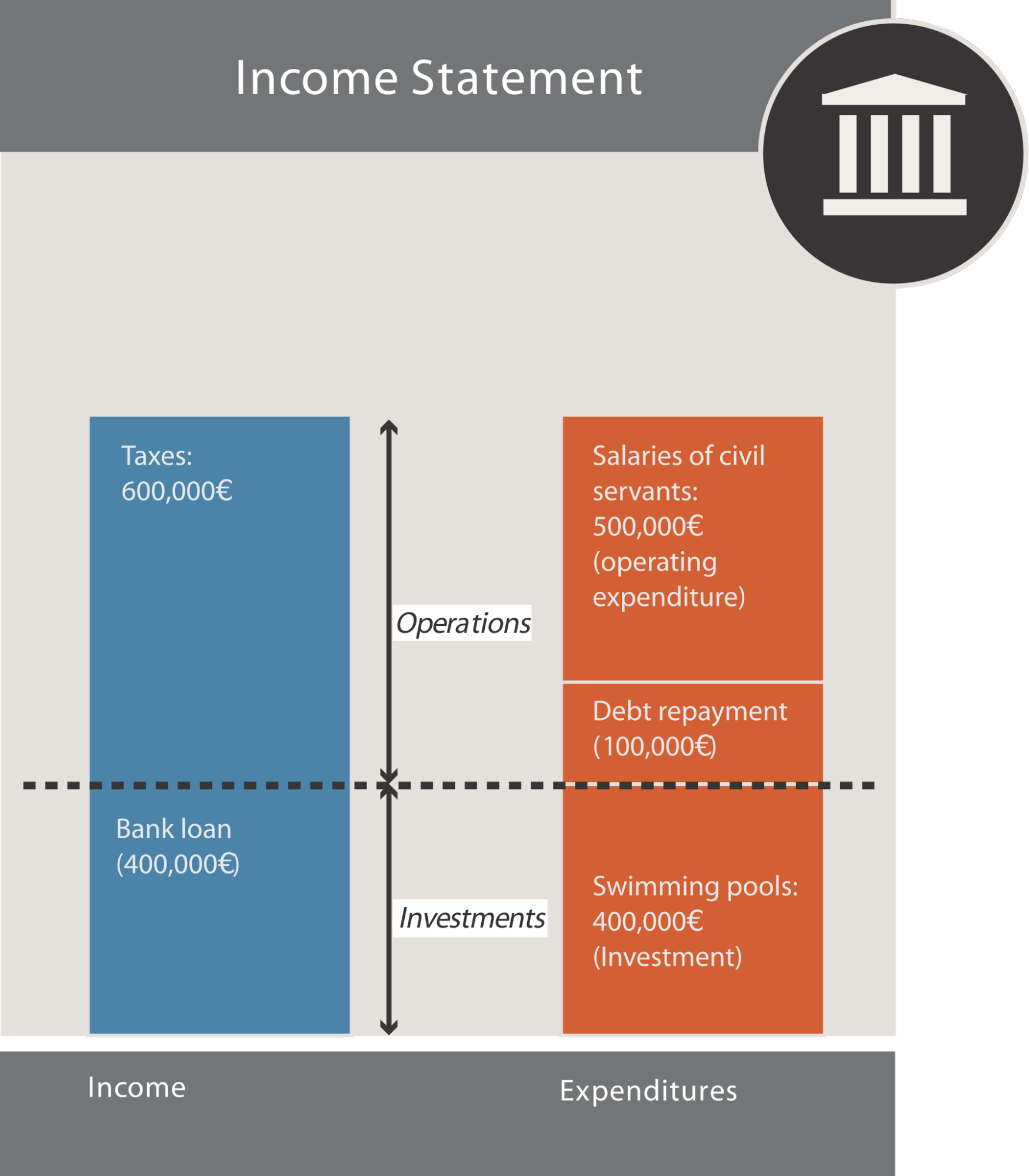 The debt that the administration contracted, by contrast, is a stock. It will appear on the balance sheet. Every year, the local administration will repay part of the debt stock to the bank. This will appear in the statement of income as debt repayment. The stock of debt will decrease by the same amount, and this will be visible in the balance sheet. 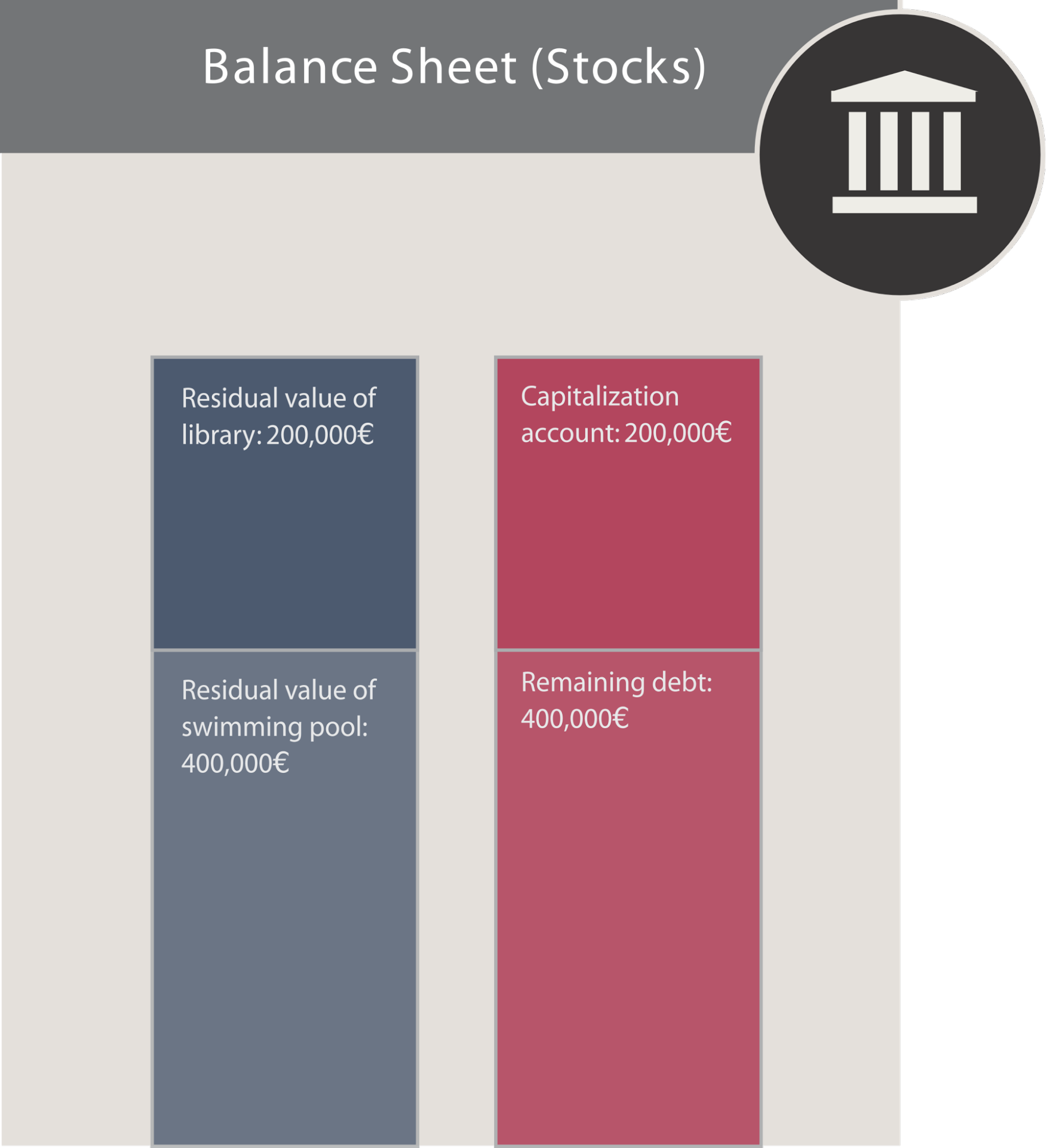 If politicians want to change priorities after the budget was voted, they can easily vote modifications of the budget.

After the year has ended, the books are presented to the assembly or to the higher-level administration and must be approved.

To sum up, when working on public expenditures, you will face several types of budgets: